MLBC seeks an investigation into the death of Mr. Robert Loggins

While America and the world breathe a sigh of relief that the criminal justice system worked on Tuesday, April 20, 2021, with the jury conviction of former Minneapolis, Minnesota, police officer Derek Chauvin on two counts of murder and one count of manslaughter for the killing of George Floyd, we have asked the U.S. Department of Justice and the Mississippi Department of Public Safety to investigate the death of Robert Loggins, between 5:40 a.m. and 6:05 a.m. on November 29, 2018, in Grenada County, Mississippi.

Based on an article published by the Mississippi Center for Investigative Reporting dated April 14, 2021, Mr. Loggins was brought into the Grenada County Jail in handcuffs without a pulse or heartbeat.

A video embedded in the article shows law enforcement hovering over Mr. Loggins, who does not show any visible signs of movement. A female is heard stating that Mr. Loggins was brought into the jail bleeding from the mouth, left unresponsive and that Loggins would not be touched until law enforcement officers arrived. Officers were eventually observed dragging Mr. Loggins’ limp body from place to place throughout the video camera’s field of view. Reports have likened Mr. Loggins’ cause of death to the deaths of George Floyd and Eric Gardner.

I include copies of letters sent to U.S. Attorney the Honorable Merrick B. Garland and to Mississippi Commissioner of Public Safety Sean Tindell, seeking their intervention into this matter.

We pray for justice in the death of Mr. Loggins and full disclosure and explanation of the actions of officers involved in the hours before the video was filmed and those whose callous actions followed with the movement of what appeared to be his lifeless body from place to place throughout the jail.
MLBC Chairwoman Senator Angela Turner Ford 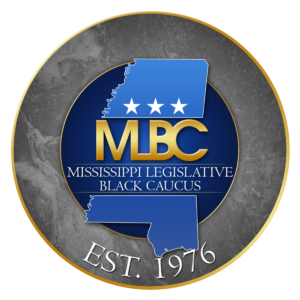